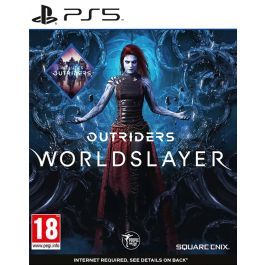 Worldslayer is the first story-driven expansion for the third-person sci-fi shooter from studio People Can Fly, Outriders, released in 2021. The add-on offers changes in mechanics, new character classes and another story thread.

The plot of Outriders: Worldslayer sets the action on the planet Enoch, known to players of the basic version of the game. The player directs a self-created protagonist who is the last chance for the survival of humanity and the entire newly settled globe – all because of another Anomaly. Our task is to face the most dangerous Alterdka ever, which is also behind all the turmoil: Ereshkigal.

The gameplay of Outriders: Worldslayer allows the player to start his adventure from both the basic campaign and the story presented in this DLC; then it will automatically jump to 30. experience level. Besides, the gameplay develops the solutions already known from the basic Outriders, expanding m.in. skill tree system (with two additional branches for each of the four classes). In addition, we get a new difficulty level (Apocalypse), as well as new endgame content in the form of a trial called Tarya Gratar. The icing on the cake is nearly a hundred new legendary items and more equipment sets for the hero.

Outriders: Worldslayer requires the basic version of the game to work.