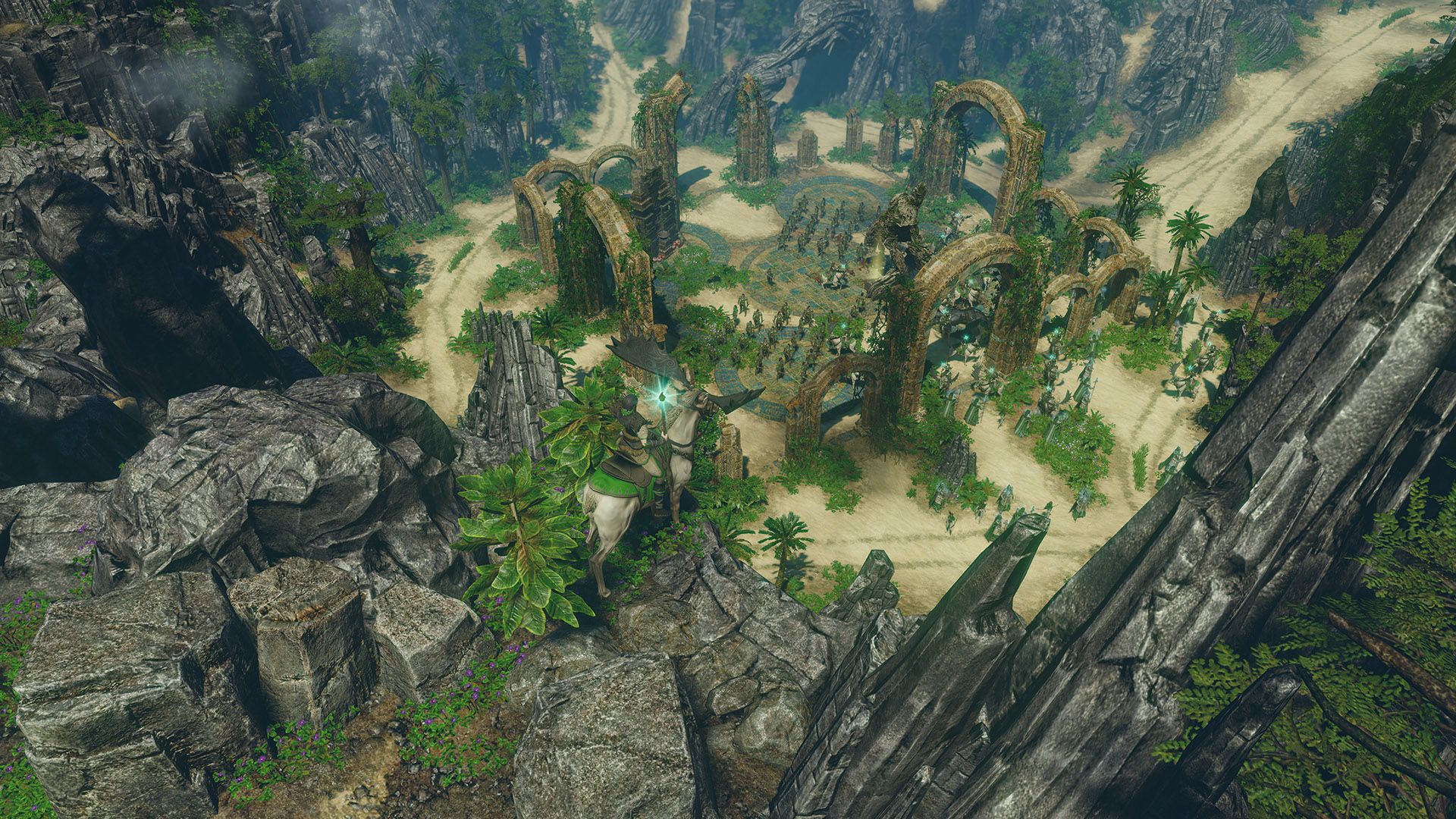 Spellforce III is not a new project. It debuted some time ago on personal computers, but this time we are dealing with a tweaked conversion intended for consoles. Is it also comfortable to play on the pad? You will learn this from our review.

SpellForce 3: Reforced is basically an expanded edition of the game from a few years ago, which has been adapted for PlayStation and Xbox consoles. Many months of work and bundling all the updates and improvements into one package results in a mine of gameplay. A mine, however, which is so deep that it may not find recognition in the eyes of the layman. Although the game is a bit overwhelming at the very beginning, remember that it is not worth giving up! Over time, you will discover treasures you can vainly find elsewhere. What? This you will learn from the review.

The year is 518. The Crown put down the mage rebellion known as the Mage Wars. However, it was a Pyrrhic victory: entire regions have fallen into anarchy, refugees roam the lands in search of refuge, and a mysterious, deadly plague – called "Bloodburn" – is spreading rapidly. There is a queen, there are us and a group of ambitious knights, headed by a tough guy. Together, we basically have to embrace all the chaos, and at the same time not get killed or crash the kingdom.

SpellForce 3 Reforced is an ambitious combination of RPG and real-time strategy. We start with an introductory quest, which is conducted just like an RPG with an isometric view. We explore the nearby forest and ruins, learn about the danger and have to deal with it. Like? As a military leader, we start a crusade. In RPG mode we talk a lot, there are dialogues, options to choose from and brightly outlined characters. You can really feel like a member of a team in a fantasy world, where everyone has something to say, is different and original.

RPG modes are not limited to traditional storytelling. We start with basic equipment and – traversing nearby forests, villages, mountains, caves, catacombs and buildings – we come up with loot. Believe me, there is a lot of it, and we can comprehensively develop the hero. We change his weapons, armor, shields and additional accessories. There is a profession development tree (three actually), in which we unlock skills. Each hero has a different character. Berserker, mage, archer, knight with shield. It's up to us to decide who will be how armed and how trained. This is important because heroes have a direct impact on the units they lead. 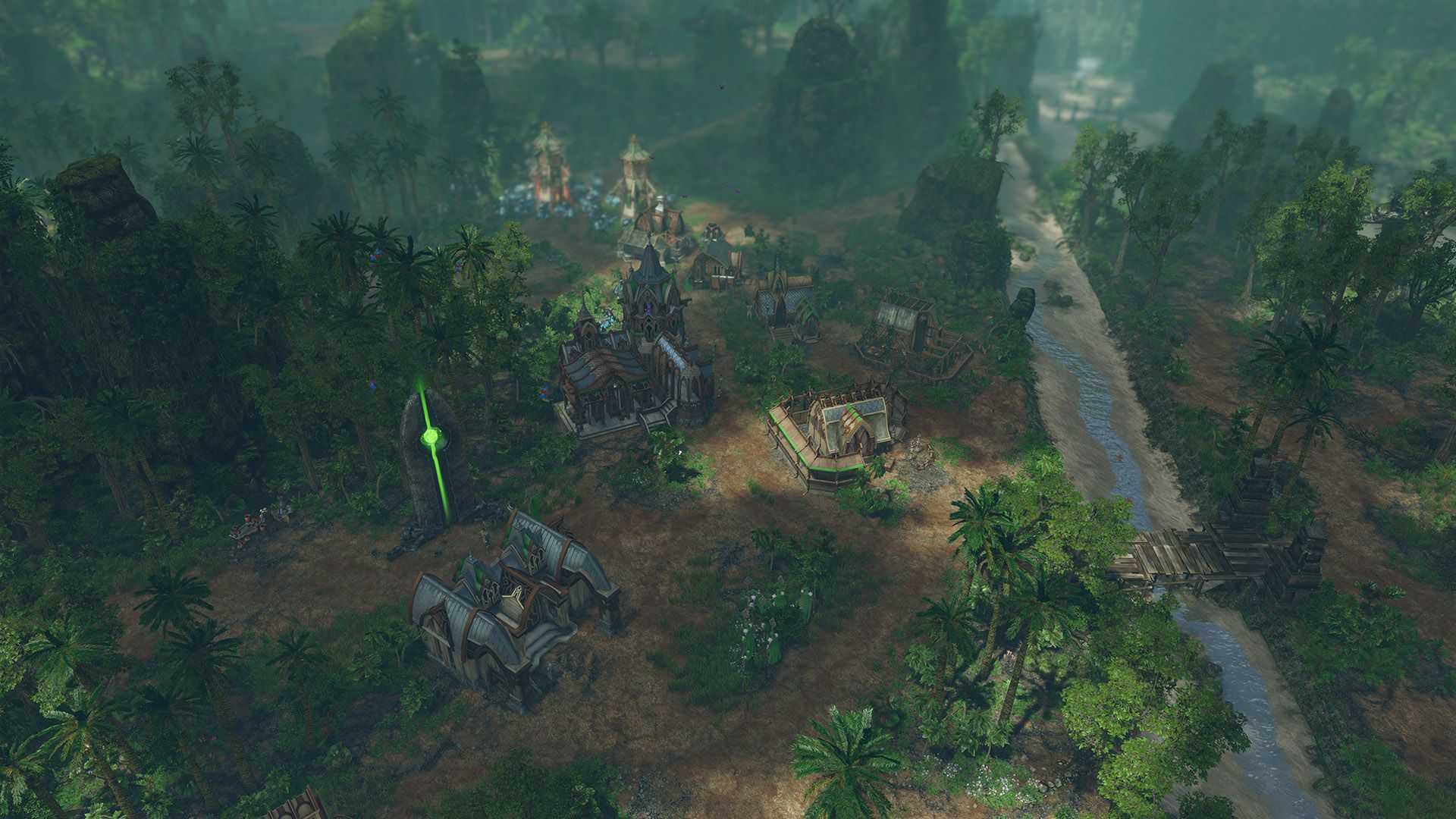 SpellForce 3 Reforced is also an RTS. The fun in it consists of building a base, providing supplies and leading troops into battle. In the story campaign, we lead people by example. We start with a basic building, the town hall, in order to issue instructions from it to build others. Barracks are used for recruitment, supply points for gathering food and wood. Here an interesting fact, in general we can not control the workers. They work on the indicated objects on the map and move by themselves. They can be killed, so in the base it is worth having some small units for protection or turrets, which are also manned by workers.

The heroes you train can be successfully used in battle, but you risk losing them when they are killed (although you can pick them up after fatal damage). As we develop characters, by gaining levels, we also unlock new skills useful in battle. They make the death of a character all the more painful the further we progress in the campaign. Generally, the heroes become very strong indeed over time, and the armies we assign to them can often be just a bonus.

In RTS mode in our base we can also create special units, each race has its own and, for example, a dragon or a great orc can smash a base or an entire army into dust. It is cool and spectacular when at the end of the scenarios both we and our opponents have an army, heroes and summons. It's hot, dangerous and spectacular when large beasts fight each other.

Since Battle for Middle Earth, I don't remember such an impressively realized classic fantasy RTS. Playing with huge dragons in a wonderfully designed fantasy environment is brilliant. In addition, of course, there is a multiplayer mode over the network and plenty of skirmish you can play. Devoid of plot context, but allowing you to face others. However, the ability to play online interferes with the pleasant perception of this fantastic world and is limited, as usual in such cases, to haste, dexterity and cunning. Fortunately, you do not have to play online. The campaign is so extensive that you will spend many weeks or maybe months in it, without even thinking about network competition.

The enormity of Spellforce III Reforced overwhelms, and gameplay on the pad is not entirely intuitive. Hardware limitations are unavoidable. The developers did everything to put in our hands relatively easy controls. In RTS mode it's fine, you just have to click through a few options and windows, but in RPG mode you have to click around. To top it all off, time in the game goes by even when we are in the options and issue commands. A few seconds can determine the outcome of a battle, and the interface can sometimes eat up a lot of those seconds. You have to learn and get used to it. If you are looking for a game for months, this is the right address. But it will take you a long time to learn everything.

As for the setting, Spellforce III Reforced looks great. Forests, rivers, lakes, caves, the fluidity of this world, its clarity and colors are impressive. Nothing cuts here, nothing crashes. I took great pleasure in watching my kingdom grow, the camps fortify themselves, and during battles, especially involving summons, the visual impressions really do the player good. The whole is complemented by sound design, in which everything comes off well: from effects to dialogue to music.

All in all, Spellforce III Reforced a very good game that RPG fans should consider buying. It has a great campaign with an excellent fantasy atmosphere and an expansive world. Excellent gameplay mechanics and well-realized, diverse characters. However, this is the proverbial mare, at which you need to spend a lot of time, and preferably play it several times to appreciate every location, every castle, map, road, forest or ruin. This is an outstanding title that for fans of traditional fantasy will become a mine of gameplay. Only you have to devote a lot of time to it. Satisfaction then guaranteed!